Business plan competition will be open to the public 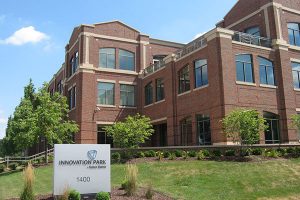 SOUTH BEND — Listen up, area entrepreneurs, Idea Week 2018 is coming to South Bend, Elkhart and the University of Notre Dame.

The event is planned for April 22-28, 2018, and will include startup and business-related events open to the public, Tim Sexton, Notre Dame’s associate vice president for public affairs, said Tuesday at a meeting of the city’s Community-Campus Advisory Coalition.

Notre Dame for 16 years has hosted the annual McCloskey Business Plan Competition, open to its undergraduate and graduate students to compete for prize money for their startup business plans. Faculty and alumni also have participated, as long as at least one team member was a student.

Winners have received cash prizes up to $25,000 or in-kind prizes to pursue their business ventures.

Starting in 2018, the McCloskey competition will be open the public: Students from other area colleges and community residents, Sexton said.

There will be panels and business discussions throughout the week. Events the first few days will be in downtown South Bend, at mid-week in the Elkhart area and at the end of the week at Notre Dame, Sexton said. The week also will include a featured speaker, although that speaker hasn’t yet been selected, he said.

The week is expected to conclude with a concert or other major event at Purcell Pavilion in the Joyce Center on campus, Sexton said.

The business plan competition will be organized by the university’s new IDEA Center, based at Innovation Park, and will be run jointly with Mendoza College of Business.

In the spring 2017 McCloskey competition, Structured Immunity, a start-up with a new technology to increase the effectiveness of cancer treatment and reduce side effects, earned a $15,000 cash prize. Certus Therapeutics, a platform for delivering cancer treatment drugs, was the grand prize winner in the 2016 competition, earning a $25,000 prize for a team of five graduate students.

In earlier years, teams won prizes for a variety of venture plans, including a concussion assessment tool, designer footwear incorporating high-performance technology, a system where online customers could search for a product within a specific ZIP code and a process for recycling plastic water bottles into fitness apparel.

South Bend Common Council member Gavic Ferlic is a member of the Idea Week planning committee. He’d like to hear from area residents who have suggestions for events or speakers. Contact Ferlic via email at: gferlic@southbendin.gov.