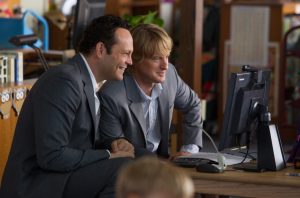 We’re all attracted to brands. We want Google and Salesforce and Amazon as our customers. We want to be in the Cloud 100 and on TechCrunch every week. We want to be on stage at the SaaStr Annual 🙂

Brands do matter. They are a proxy, albeit an imperfect one, for quality. They at least help guide us on what vendors and products to pick, especially if we don’t have time to do the diligence ourselves.

The same is true in venture capital, when you go to raise money. There are good reasons to take money from the Top Brands in VC. Their brand will accrete to your brand. They likely have better networks.1 And maybe even most importantly, later stage VCs all want to write bigger checks into startups funded by the VCs with the best brand at each preceding stage (pre-seed, seed, A, B, C, etc.). Look how easy it is to raise money if you are a hot company out of YC, for example.

A related and more subtle question is, what about a new VC? Someone that hasn’t been investing that long?

There are a bunch of potential cons to new VCs:

• They don’t have as much “juice”. This can mean if you need a second or third check, it can be (at least a little) harder. The VC that runs a firm can do whatever she or he wants. The new partner? Not so much. No doubt about it. Never assume you get a second check from any VC. But especially assume it will be that much harder from a new VC.

• They can overreact. If it’s a VC’s first or second deal, every little thing can seem like a big deal. They can also smother you with attention. They can also take things personally. This can be tough to take, when it happens.

• Not as many VCs will want to follow her or him for the next round. Proven VCs with strong track records have a ton of folks that want to invest in their companies. This is the way the industry works. Everyone wants to invest in the new hot startup from a hot VC. It’s hard for a new VC to have this ecosystem. So assume the next round will be harder with a new VC (even at a top brand firm) than with a proven VC. Not necessarily hard, but harder than already having a bunch of Next Stage VCs waiting to meet you already. This is definitely a con, all things being equal.

• They might not be there. There is turnover in the venture industry. But it’s less common at the top of each fund. A VC getting a board seat will be with you for 10+ years. Ideally, that VC doesn’t leave the firm that just invested in you.

But, the pros are real, if subtle and non-obvious:

• New VCs are often less ownership sensitive. This can be important. If you are new to VC, you might be OK buying 4% or 7% or 9% of a company. But most VCs that have been around for a while, always want to own the most they can. That’s OK if you want to sell a lot. But if you want to raise less and sell less, a new VC often won’t be nearly as sensitive here. They are often more focused on investing in the best possible companies, and less focused on the maximum absolute amount of money they can make off them.

• New VCs often can help more operationally (if they used to be founders). Everyone “ages” out of their network, at least partially (I know, I don’t like this term either). But if a VC has just come from a VP role in SaaS, her network probably is still very strong. She probably can help more in active recruiting than most VCs.

• New VCs care more. VC vets — don’t flame me here. But it is true, at least usually. Folks new to venture care more about each new investment. Folks that have been around for a while, and have 15-20+ investments in their portfolio … take a more “portfolio” approach. Which is natural. You just start to disengage from the ones that aren’t working out as planned. At least a bit.

• New VCs have more time. Often, a lot more time. This can be a pro or a con. But VCs’ dance cards get filled up. Once you are on 10 boards, you don’t have any time.

• New VCs are more invested. This is sort of the summary of the prior points. A new VC will hustle more for you. Work to close that VP, get you that next round.

So net net, I know you want Marc Andreesen and all that. Who wouldn’t. I do!

But maybe, at least some times, a new VC can be even better.