In the first of this series of blog posts excerpting my recently published book, Building a Brilliant Tomorrow: The Transformation of Inovateus Solar and the Energy Revolution, we introduced Inovateus’ core value acronym “PEACE,” which stands for passion, engage, ambition, creativity and esprit de corps. As you’ll see from the book, this isn’t just an acronym that we forgot. This excerpt and future ones will discuss the reason behind each of these concepts and share examples of how we used these values to expand Inovateus over the years and to fulfill our mission of building a brilliant tomorrow. In this post, we begin with “P” for passion.

There are many different definitions of passion. The simplest and the one I like to use is that passion is a very strong feeling about a person or thing. Another way to put it: passion is an intense emotion or a compelling enthusiasm or desire for something.

We started Inovateus Solar with a passion for solar. And I think it’s really important for any company to have passion from the start.

You must build a team of people who share that passion and believe in the company’s mission, which is the real driving force behind the passion.

Let me tell you a story I think conveys what passion for an industry is about. In mid-October 2015, I went to the Solar Pioneer Party in Humboldt County, California. The party was organized by Jeff Spies, who has been an integral part of the solar energy industry for just over 10 years as a training specialist and industry advocate. Jeff originally started in the industry working for AEE.

Now one of the industry’s oldest and largest distributors, AEE was started by David Katz and cohorts in Redway, California, in 1979. David is an industry visionary with whom Jeff Spies shared a passion for solar. AEE was responsible for fulfilling a need for people in northern California, which was to be a source of electricity in places not reached by the grid.

My brother Tyler and I went to the invitation-only solar event, which drew a couple of hundred people from across the U.S. It was really what Jeff called “a noncorporate event,” just a celebration of solar energy and a chance to pay tribute to pioneers who helped kickstart the US industry. 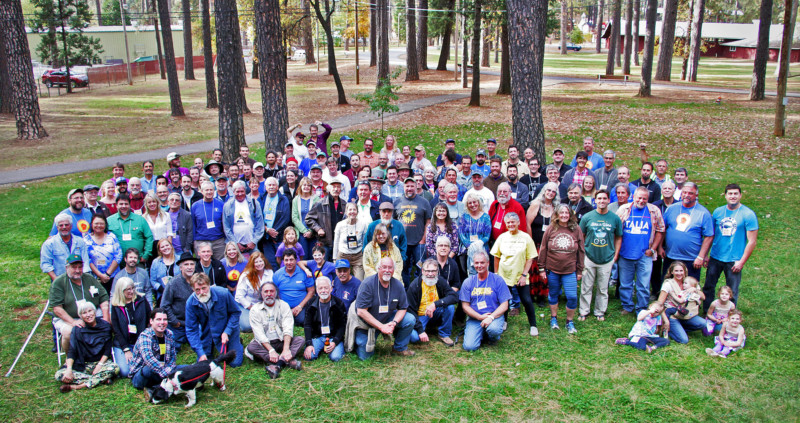 Tyler and I knew the event would be largely composed of faces that were new to us, and we didn’t go with the intention of making a sale. But we left our families for a weekend and traveled halfway across the country because we were genuinely passionate about solar energy and we wanted to meet and thank some of these pioneers and other industry-leading personalities.

We showed up on Friday afternoon at an older building where AEE was originally founded. (AEE has since moved to a skyscraper in San Francisco and it employs some 1,500 people.)

The opening party was just a group of about 150, just hanging out, enjoying refreshments, and talking about solar. Some people in the group had photos of early installations or other gatherings, and a few had brought some solar gadgets with them. The minute Tyler and I walked into the room, we were embraced by these strangers who treated us as if we were old friends.

The next day, we gathered for an all-day event at another facility in Redway, where another hundred-plus people joined the group. It was very interesting to see people get together and share stories about how the technology and the industry had changed.

For instance, it was amazing to get a clearer picture of how big and clumsy solar panels used to be compared to what they are today. We even shared a few laughs about how the industry had turned from more of a hippie-festival crowd to a corporate culture with suits and ties, which is definitely a very different lifestyle from that started by the solar pioneers.

The one thing that really struck me was that every single person there shared the same passion for solar energy that we have at Inovateus Solar. That passion didn’t necessarily equate to commercial or mainstream success in business, but that wasn’t the focus for everyone there. Some just felt it was the right thing for environmental or economic reasons; they thought solar energy helped make the world a better place. And it definitely filled the need in northern California to provide electricity to folks who wanted to live off-grid but, at the same time, needed energy.

Before Tyler and I left the event on Sunday, we spent some time with David Katz, discussing how he had started his business and talking about Inovateus and where it was at that time.

I think David genuinely saw the passion that Tyler and I and the rest of the Inovateus Solar team have. It’s the same passion shared by many of those folks we had met at the party back in the 1970s when they were starting their companies.

That passion is one of the main reasons for our success at Inovateus. Obviously, we have to be profitable. We have to manage our business with the right tools, the right leadership team and teammates, and all the things that most businesses operate with. But without a passion for solar and for wanting to make the world a better place, I think we would just be another company trying to make money.

In my next blog excerpt from Building a Brilliant Tomorrow, we will wrap up this discussion of the first of Inovateus’ PEACE core values: passion.